From the preamble of UNESCO:

Inclusion of the research results presented in the curriculum

On the occasion of the current UN General Assembly, it can be observed that two objectives are clashing, which could not be more incompatible: the strategic and the synergetic.

A strategic goal can only be achieved with a supremacy, a synergetic one only with cooperation. Synergy is far more efficient. The strategic mindset can currently be observed in the armament in the Indo-Pacific. 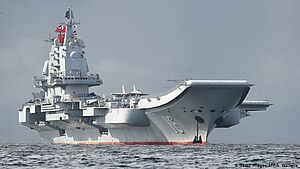 The world climate, on the other hand, requires a synergetic approach. In both cases we are dealing with global threats, because a nuclear counter-attack is just as destructive as environmental conditions hostile to life.

For this reason it was repeatedly mentioned that acts of war should be avoided and the appeal to cooperate was heard just as often:

Accordingly, nothing less is required than a novelty in human history

Since evolution is unable to make the necessary adjustments at the required speed, the survival of the species depends solely on the adaptability of the mind, i.e. on whether it succeeds in switching from strategy to synergy.

Shift in the balance of power

Because theory of harmony, which has provided an example of successful synergetic interaction for 2500 years, always came along unarmed, it was easy to reject it as being unrealistic. The Greeks were already very aware of their fragility and it is no coincidence that the marriage of Kadmos and Harmonia is described in mythology as a unique special case in which order and harmony came together - to a perfection that also extended to the city and the cosmos. The conditions are comparable to paradise. The bridal wagon was pulled by a lion and a boar - a not exactly realistic idea. 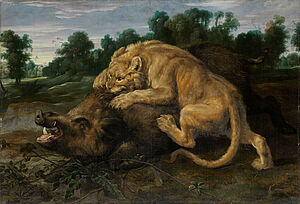 As a wedding present, none other than Zeus, the father of gods, is said to have presented "everything perfect". Roberto Calasso has dedicated an own treatise to this event.

This describes the basis that the Christians found. They have adopted the principle of unifying the different. It is found in maximum condensation in the expression love of enemies. Thus the theory of harmony continued to exist as a global ethic until a strict separation of music and theology was enforced in the course of the French Revolution. Therefore, the knowledge of the earlier interdependence has been lost and the hidden meaning of the interval designations - the prime and the octave - is no longer understood.

The global ethic has always been disregarded. Every war is evidence of this. The reason for this was that he lacked assertiveness. Today the theory of harmony has a powerful ally in nature and with every further heat wave, with every hurricane and every flood disaster, the balance of power shifts. Nature will take care of its attention itself. 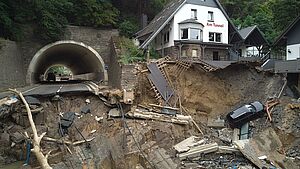 If there is no collective rethinking, nothing other than a fight for the remaining living space is to be expected. Nature is not to be impressed by military armaments.